RIM will probably bring BlackBerry Messenger to iPhone and Android

Before the release of iPhone by Apple in the Smartphone world, Major market shares were linked with the Rim’s most popular BlackBerry. But Since Apple has released iPhone or Google’s Android OS came in existence RIM’s market share declined very rapidly. Now android is the Major Smartphone Platform with many Hardware companies While Apple is in the line of Smartphones. 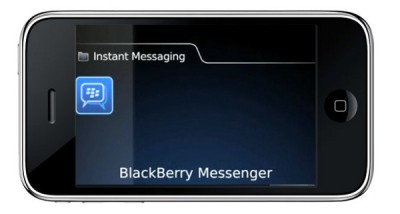 However, one of the most popular things from BlackBerry OS was BBM, BlackBerry Messenger that distinguish it from other Smartphones. By the release of iMessage for iOS, or Chat ON from Samsung, BBM has seen a decline in BBM user’s services due to binding to the same network. Well, if you are BlackBerry users, but want to port to Apple, than we have good news for you. RIM’s new CEO Thorsten Heins said that RIM might release BBM to other platforms. In a interview to a very famous BlackBerry weblog, Crackberry, he said that:

We’re constantly exploring our room to maneuver and our room to explore other businesses so I wouldn’t say categorically no to it,” Heins explained. “There is a time where this might make sense, and I have a team looking into this… I’m open for licensing if it makes sense.”

This will be a good step from RIM to save it’s constantly falling Market shares. With the release of other messengers, RIM does will probably not get many users back to its platform. What do you think? DO you want to use BBM on your iPhone? Let us know in the comments section below.

Like Loading...
This entry was posted in iPhone and tagged android, bbm, blackberry, iphone, rim. Bookmark the permalink.