Posted on November 9, 2011 by JoeSolutions

Apple seeded iOS 5.0.1 for developers and many Apple users updated to their iDevices, but today @Pod2G announce on his Twitter account warning users who are looking forward to jailbreak iOS 5.0.1 not to update it because the bug Charlie Miller discovered a few days ago could make jailbreaking “dramatically easier.” And since Apple is aware of the issue, it will likely patch it in iOS 5.0.1, so he recommends not updating…

This comes as quite an ironic dilemma: Upgrade to 5.0.1 for better battery life and lose jailbreak possibilty, or stay on 5.0 with bas battery life but be able to jailbreak. 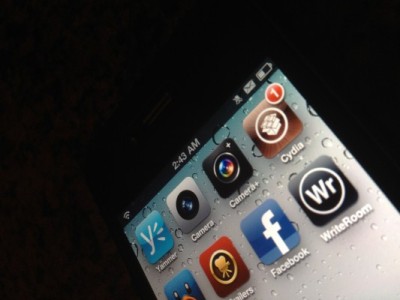 And for those of you thinking that you can downgrade to 5.0 if you have the SHSH blobs saved, you’re in for some more bad news. Recall that a while ago we told you that Apple implemented a new scheme of verifying builds, so the saved SHSH blobs don’t work anymore.

Like Loading...
This entry was posted in iPad, iPhone, iPod and tagged 5.0.1, ios, jailbreak, no. Bookmark the permalink.