Steve Jobs Was Working On Next Product Until The Day Before His Death!

This is the most interesting news that you are going to hear it, We have got some news from the guys at CultofMac which claims that Steve Jobs was working on a new next Apple product until his day of death, the next product could be the iPhone 5 or iPad 3 who knows… 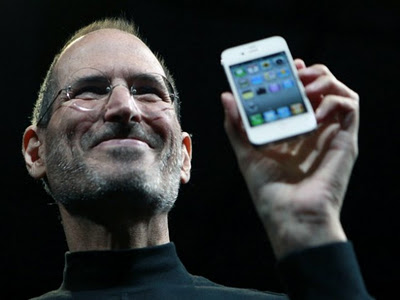 Also before Steve Jobs died he left Apple with four years of products, and that’s not all the son of PC Mag also said that he had a meeting with Tim Cook the CEO of Apple in the same day when iPhone 4S announced when Cook has to excuse himself:

When I was having a meeting with Tim Cook, he said, ‘Oh Masa, sorry I have to quit our meeting.’ I said, ‘Where are you going?’ He said, ‘My boss is calling me.’ That was the day of the announcement of the iPhone 4S. He said that Steve is calling me because he wants to talk about their next product. And the next day, he died.

Really that’s was very hard for Tim Cook and Apple employees, but here comes a question “What was Steve Jobs working on ?”